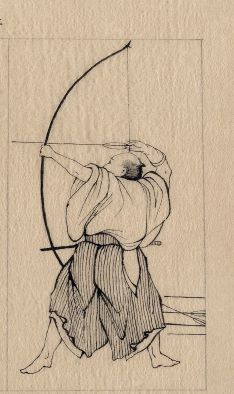 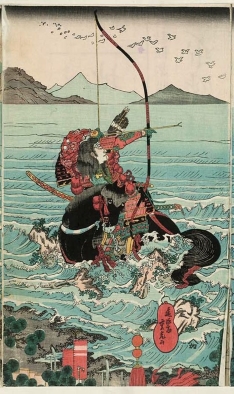 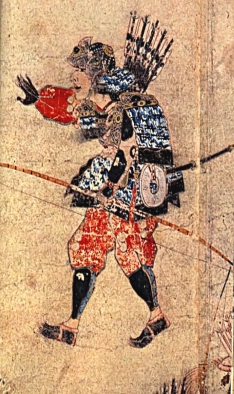 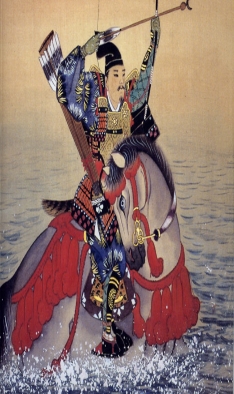 What is behind the history of kyudo?

Origins of the bow date back very long ago in history, by the end of the second stone age many groups within the middle East and Asia. Maruki type long bows made from a single piece of wood, that were bound by birch and painted black were estimated to have been produced around AD1 and AD3 during the Yayoi period. The bows used by the Japanese were identified to be long bows by the Gishi-Wajin Den (Record of the Wei-Biography of the Wajin), and that the bows were held in significant meaning ideologically and culturally in Historical Japan. They were looked upon as a sign of deity and held an important position in Shinto and Samurai rituals years later.

Rites of Zhou and The Book of Later Han were books found in China depicting bows within the literature. Chinese influence in Japan started after diplomatic relations, around the 4th to 5th century after Emperor Ohjin's reign. Bows in China were thought to be the most dignified- used by kings and lords. Itoku (dignity and virtue) were thought by the original Japanese combined with the Chinese thought of rei (courtesy) formed the Sharei (shooting ceremony). This later became unified into the Japanese Samurai.

Archery was pursued as an art during the Edo Period, where there were no wars. Kyudo was developed during that time, bringing us the meaning of "the Way of the Bow". But however a established military arts school established by the Edo Shogunate isolated Kyudo from the school subjects based on the fact that it coul dnot be used in actual combat, here they were in the period of guns and western artillery. When the Meji Era came along, Kyudo was encouraged and ncluded once again. Kyudo was permitted into schools again after the war in 1951, and in 1967 kyudo was recognised as a subject in school, where we are today. Kyudo is often practiced at many dojos and schools. Kyudo in schools were taken as an extra curricular activity, perhaps even an regular subject.